This fascinating fictional account of the life and times of Lafcadio Hearn probes the question: “What was the nature of this man, born wanderer, informant of the fiendish details of Japanese lore … a man who chose to live his life ‘in defiance of the season’?”

Still considered by the Japanese to be the foreigner with the most insight into their mind and mores, this orphan of Europe, chronicler of the eerie and the grotesque, journalist and ethnographer of subcultures, Greek-Irish author Lafcadio Hearn arrived in Yokohama from the United States in 1890. During his 14-year stay in Japan he became known, in the decades succeeding his death, as the foremost interpreter of things Japanese in the West.

The Dream of Lefcadio Hearn is a novel not only about Hearn in Meiji Japan but about any person in any era who may feel, for a time or forever, more at home in a foreign land than in their own.

“In The Dream of Lafcadio Hearn, Roger Pulvers has spun a highly readable and enjoyable portrayal of an unconventional man who embraced Japan in a time of transition, and who struggled intellectually and emotionally to come to grips with sweeping change.” — The Japan Times

“Roger Pulvers’ novel was so intriguing that it left me breathless. It has a reality as if written by Hearn himself.” — Masayuki Tamaki, Nami 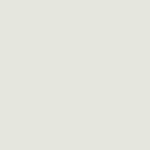 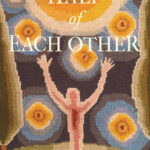 Half of Each OtherWorld Literature