The Tree Fort on Carnation Lane

Daniel Fang’s mid-thirties are marked by the birth of his daughter and the death of a childhood friend. His daughter’s birth and infancy reminds him of his own boyhood, his friend’s death of the good times he had with back in their old neighbourhood.

They were the kids from the wrong side of the temple, kids who grew up in the night market and next to the red light district. Their parents didn’t like them visiting the market by themselves and expressly forbade them from taking a single step into Carnation Lane. But the appearance of a chained orangutan in a night market spectacle the year the three friends turned twelve convinced them to defy the parental ban. While the adults were away at a protest against the Martial Law, they stole into the banned zone, released the beast from bondage and led it upstream, on a quest to find the fabled zoo.

The memory of this all-but-forgotten childhood experience comes back after news of his friend’s suicide. It seems to Daniel Fang that the two events must somehow be connected. A cryptologist by training, he decides to investigate, hoping to solve the mystery of his friend’s death and decode the message contained within the memory that has shaped, even warped, their later lives.

Translated from the Chinese (Taiwan) by Darryl Sterk 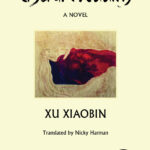 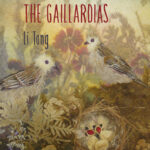