My Japan: a cultural memoir

Originally published in Japanese under the title If There Were No Japan: A Cultural Memoir, this book was acclaimed for its insights into Japanese life, bringing together aspects of history, culture and everyday life to paint an original and revealing portrait of the Japanese people and the pressing issues facing them today. During his decades of passionate engagement with Japan, Pulvers became close friends with many of the most gifted writers, artists, filmmakers, actors and journalists in the country. Whether delving into ancient traditions or providing vivid accounts of contemporary customs, analyzing characters in Japanese fiction or recounting personal encounters with individuals, the author illuminates those inventive elements that have made Japanese culture and design the envy of the world—and that signal a way forward through the twenty-first century.

“Roger Pulvers’s life reads like an adventure story. His recollections of life in Japan in the 1960s are bound to become a part of Japan’s national heritage.”—Ryuichi Sakamoto, composer and musician

“This book is a delight. Few Japanese intellectuals have absorbed Japanese culture to the extent that Pulvers has. If there were no Pulvers, Japan would be a much less interesting country!”—Seigo Matsuoka, author and editor

“Roger Pulvers … is a master at transcending borders. He builds a convincing case for Japan as an indispensable presence on the world stage.”

—Mitsuyoshi Numano, author and professor at the University of Tokyo

“Roger Pulvers delves into and examines values that the Japanese have lost sight of. His notion that there is much diversity in Japan refutes the conventional wisdom with great persuasiveness.” 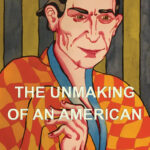 The Unmaking of an AmericanMemoir