The Unmaking of an American

—A Memoir of Life in the United States, Europe, Japan and Australia

“Roger has fearlessly thrown himself into the whirlpool of cross-culturalism.  His life reads like an adventure story.”—Ryuichi Sakamoto

The Unmaking of an American is an engaging and entertaining cross-cultural memoir spanning decades of dramatic history on four continents. Author, playwright, translator, journalist, theater and film director Roger Pulvers explores the nature of memory through life connections created from people and places, both past and present.

Born into a Jewish American family in New York and raised in Los Angeles, Roger Pulvers journeyed outside the U.S. for the first time in 1964, when he visited the Soviet Union, returning there the following year and heading to Poland in 1966. In 1967, he moved to Japan, forming a tie to that country that has lasted more than half a century. Pulvers became an Australian citizen in 1976 and has chronicled life—political, social and cultural—in those countries in hundreds of articles and essays, as well as works of fiction.

“No memory, however trivial and banal, is unimportant if it remains with you; no feeling that was once felt cannot be retrieved when you feel the absolute need to access it. And it is our memories that order the chaotic conglomeration of experience and sentiment that make up our selves.”

“I drifted from the United States to Eastern Europe to Japan and then to Australia. This movement in itself was no different from that of hundreds of millions of people who have migrated from one country to another. The only anomalous feature of my choices is that not many people leave the “land of golden opportunity” for good; not many choose to opt out of their tie to “the home of the free.”

“You are taking a step. But it is not leading you in a straight line. Each step reminds you that your life is taking a turn, however imperceptible, and each turn represents a moment in the present where the future can be glimpsed simultaneously. What is the direction of these stepping-stones? Where are they leading you? It is impossible to tell. They lead nowhere, and they seem to come back to the place you were before.” 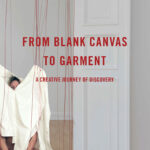 From Blank Canvas to Garment: A creative journey of discoveryHearing Others' Voices, Memoir

My Japan: a cultural memoirMemoir