by Shih Chiung-Yu (translated by Wang Xinlin and Poppy Toland)

Perhaps I’ll call her Judy, because that’s the name of the girl my ex-boyfriend got together with after we broke up.

I’d just moved into a six-bed female dormitory in a youth hostel located up a hidden alley in Seoul’s Daehak Road, and she was my only roommate. Deciding to leave my boyfriend felt like moving out of a house full of ghosts. Every time I had this thought, I felt seized by the need escape from Taiwan and travel, and I had chosen to come here to South Korea. I’d got off at Hyehwa metro station and spent the next two hours trying to track down the place I’d read about in my travel guide. I got completely lost within the alleyways, and with my rucksack on my back in the scorching sun, I was soon drenched in sweat. Had an old man not taken pity and kindly led me to the hostel’s front steps, I might still be floundering about there out on that uneven pavement.

The hostel turned out to be only ten minutes walk from the station. “Why didn’t you call me to pick you up?” asked the owner, Mr Kim, once I had arrived. “Guests are always getting themselves really lost trying to find this place.”

I opened the door to the dormitory, rousing Judy, who turned in her bed and looked at me through bleary eyes. “I hope I didn’t wake you,” I said. Judy mumbled something, turned back round and fell asleep again.

The room was a complete mess. Judy’s oblong sports bag was unzipped on the floor next to her single bed, half of her possessions were still in the bag, the other half scattered untidily across the floor. Her towel, face cloth, and dirty clothes dangled from the unoccupied top and bottom bunks across from her. What a sloppy Western girl, I grumbled to myself. It was 5.15pm, but South Korea was much further north than Taiwan and the sun was still aflame in the sky, with warm rays of sunlight darting in through the curtain slits. I decided to take advantage of the remaining daylight and make my way to the old site of Seoul National University, now a lively area full of cafés, and from there on to Daehak Road, a spot popular with idle teenagers. There I could while away the time before dinner.

At dusk Daehak Road became awash with another wave of people—the white-collar workers leaving their offices and converging in search of restaurants, bars and cafes. Night descended on midsummer Seoul, and the temperature dropped. I entered a restaurant with a shop front image of a Rose of Sharon, Korea’s national flower, and ordered a bowl of cold noodle soup—a traditional North Korean dish that was propelled into international focus after a historical meeting between Kim Dae-jung and Kim Jong-Il who ingested it together in Pyongyang in a lofty show of camaraderie. After dinner I stopped off at the 7-Eleven store on the corner to buy a bottle of Soju, as well as tomorrow’s breakfast, and then made my way back to the hostel. By night the youth hostel didn’t look as if it belonged to an emerging Asian modern metropolis, with a rapidly growing population obsessed by style and change. It just looked frozen in time, unaffected by the currents of history, part of an old European town. There was ivy clambering unhindered over the red brick walls of the two-storey building, a secluded little courtyard, and a lawn of lush, unspoiled grass, with several deckchairs arranged around an oval table beneath a tree. Inside the house the wooden floorboards, spiral staircase, and high ceilings offered a strange contrast to the collection of abstract paintings hanging on the wall with their strong impression of modernism, painted with assertive brushstrokes in bold colours. Perhaps the oddest part was the smell of weed pervading the kitchen, bathroom and living room, and often drifting from the door crack of the loft room.

“My sweet, your smile is sweet, like flowers blossoming in the spring breeze …”

Teresa Teng’s dulcet voice floated through the air. As I stepped into the hostel’s ground floor lobby, a young man with dirty blond peroxide hair, wearing a tight white T-shirt gestured for me to sit down.

“Are you from Taiwan?” he asked.

“This is my favourite Chinese singer. She’s got such a beautiful voice.” He crooned to the tune of the song, his lyrics muffled and indistinct.

“She’s called Teresa Teng.” I pushed out my lips, and repeated the name in an exaggerated way, to teach him the correct Chinese pronunciation. “How did you get to know about her?” I asked, intrigued.

“From films. Comrades: Almost a Love Story with Leon Lai and Maggie Cheung.” That film was about two lovers who went from China to Hong Kong to find work, and were, by a stroke of luck, later reunited in America.

“Teresa Teng has been dead for a long time,” I said.

“Dead?” he exclaimed. This was old news—I’d assumed he’d have known. “Dead?” he repeated, bewildered, his features twisted in anguish and his eyes glazed over, as if he’d just learnt of the death of a parent or lover.

“Yeah, she died. She was on holiday in Chiang Mai in Thailand a few years back when she had a sudden asthma attack.” And then in the style of a movie gossip, I told him about how after her death, Teresa’s French toy-boy travelled to Taipei for her funeral, and went back to her Hong Kong mansion, a broken man, until the Teng family, who wished to convert the mansion into a memorial for their daughter, asked him to leave. During my lengthy spiel, I became aware that my revelations about his dream woman were not exactly welcome.

“She was with a Western man?”

I didn’t understand why he was focusing on this aspect of the story. “Everyone loved her so much! Her funeral procession was several hundred metres long. They covered her coffin with an enormous Taiwan flag, blue of the sky, white of the sun, red of the earth. I’ve only witnessed such magnificence once before, at General Chiang Kai-shek’s funeral when I was a child. Teresa Teng is very intriguing,” I continued. “She was so delicate and feminine-looking—you’d never have guessed she rode a Harley.”

He got up and quietly walked from the lobby, leaving me there on my own, staring up at the ceiling with vacant eyes. I turned my gaze once more to the wall, to one of the modernist paintings, thin scrawls. I reached into my daypack and pulled out my cigarette packet, containing my last two Virginia Slims. I lit one and took a long drag.

I didn’t know what I’d said to offend him, but I felt the stifling atmosphere around me.

You ask how deeply I love you?

How fiercely and how true?

My heart is pure

My love is deep

The moon reflects my heart

The light touch of your lips against mine

Has roused my heart so true

How would I ever forget This

deep love between us?

You ask how deeply I love you?

How fiercely and how true …

Teresa Teng’s voice continued to reverberate through to the lobby. The moon reflects my heart. A golden oldie my parents used to sing together. Some time later I gave my then boyfriend the Chyi Chin cover of this song. Why that particular cover? Because it was rumoured that Chyi Chin sang the song for Joey Wong, whom my ex-boyfriend was crazy about.

Like Teresa, I’d also been in a long-term interracial relationship once too—with a Western guy. This sort of relationship, like internet cafes, started to proliferate in every major city at the turn of the century. Just like the concepts of globalisation and the global village, these relationships started to appear among my group of friends of different cultures, nationalities and skin colours.
It was to escape the memory of this relationship that I’d gathered up my belongings yet again, taken to the road and embarked upon that journey. It was why I had found myself in that unfamiliar place.

Review by The Writes of Woman 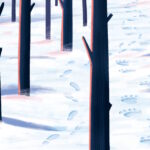 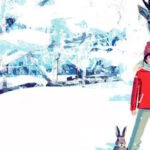