After the tragic death of Liur's mother, her father, a thwarted artist working as a doctor in the family hospital, is overcome with grief. He goes to study in America, leaving six-year-old Liur in the care of her grandparents, promising to return with a special doll for her.

But instead of studying, her father travels to the Andes, where he meets a mysterious ventriloquist who takes him as a pupil.

Five years later, he returns home, bringing with him one of the ventriloquist's dolls. But it is not a present for Liur; instead, it becomes a menacing presence in the house, causing strife within the family. After observing her father performing strange rituals with the doll, Liur must find a way to defeat her demons – real or imagined.

Translated from the Chinese by Helen Wang 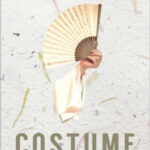